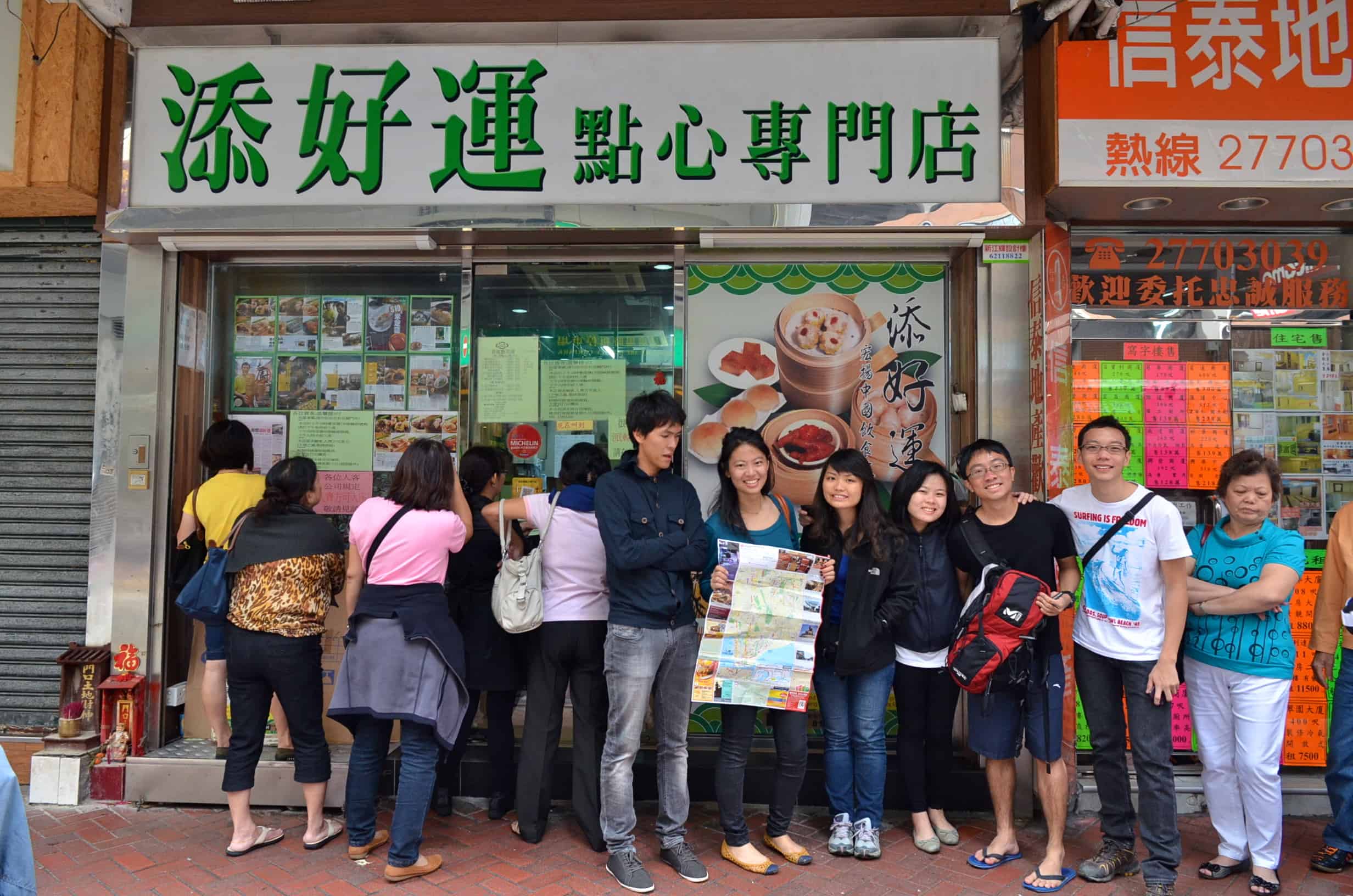 Tim Ho Wan is acclaimed as the cheapest place in the world where one can get a Michelin One Star meal, of which dim-sum is their speciality. We tested the claim by rushing down to be at the front of the queue at about 9.30am. Come early, because the queue gets mind bogglingly long near opening time at 11am, think about 3 shops length. The shop is a tight squeeze, and will sit around 30 persons max. Our party alone nearly took up half the space, to the dismay of many poor queuers outside. My fellow revelers got bored and decided to explore the menu, which comes in both English and Chinese. 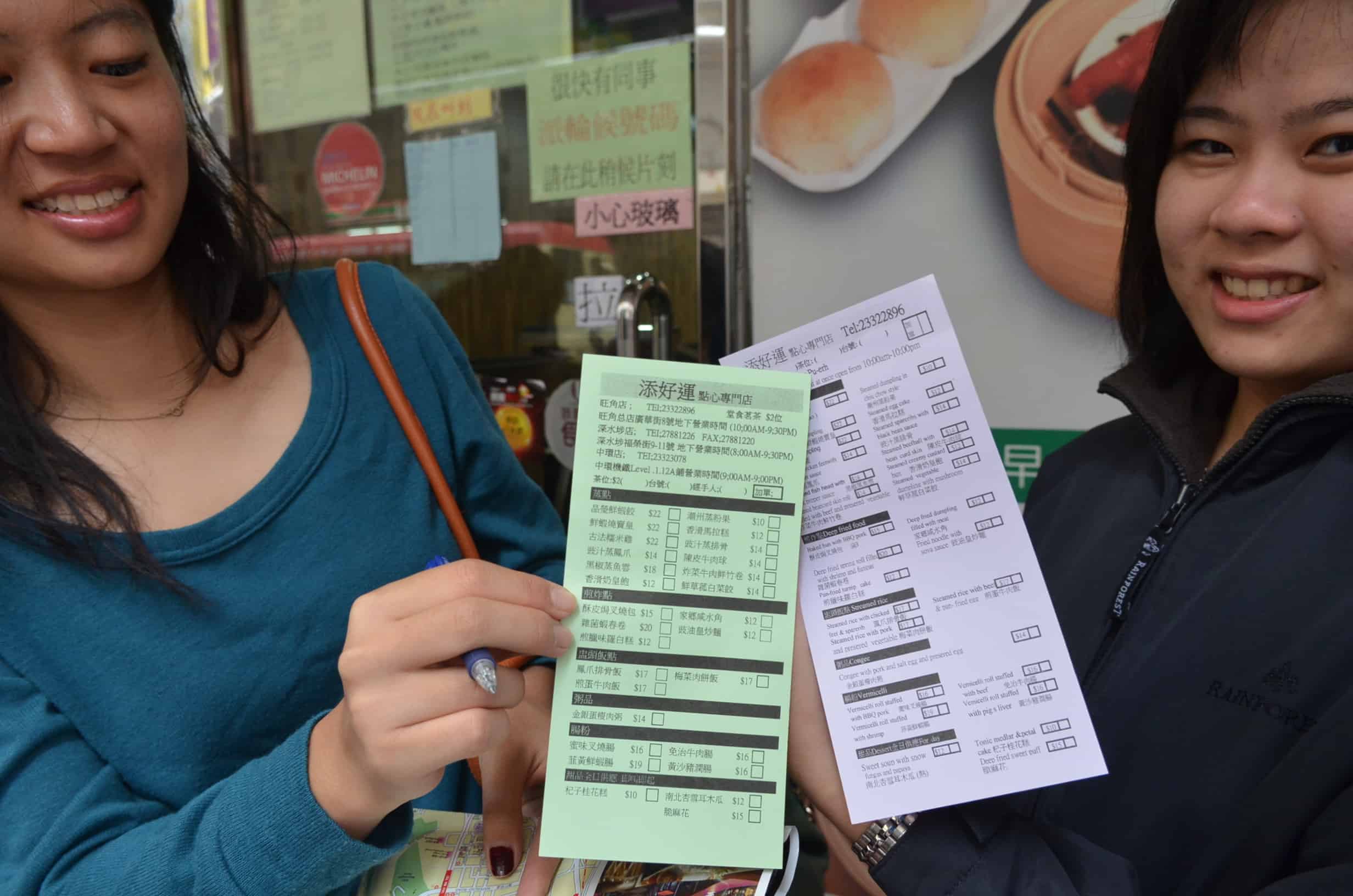 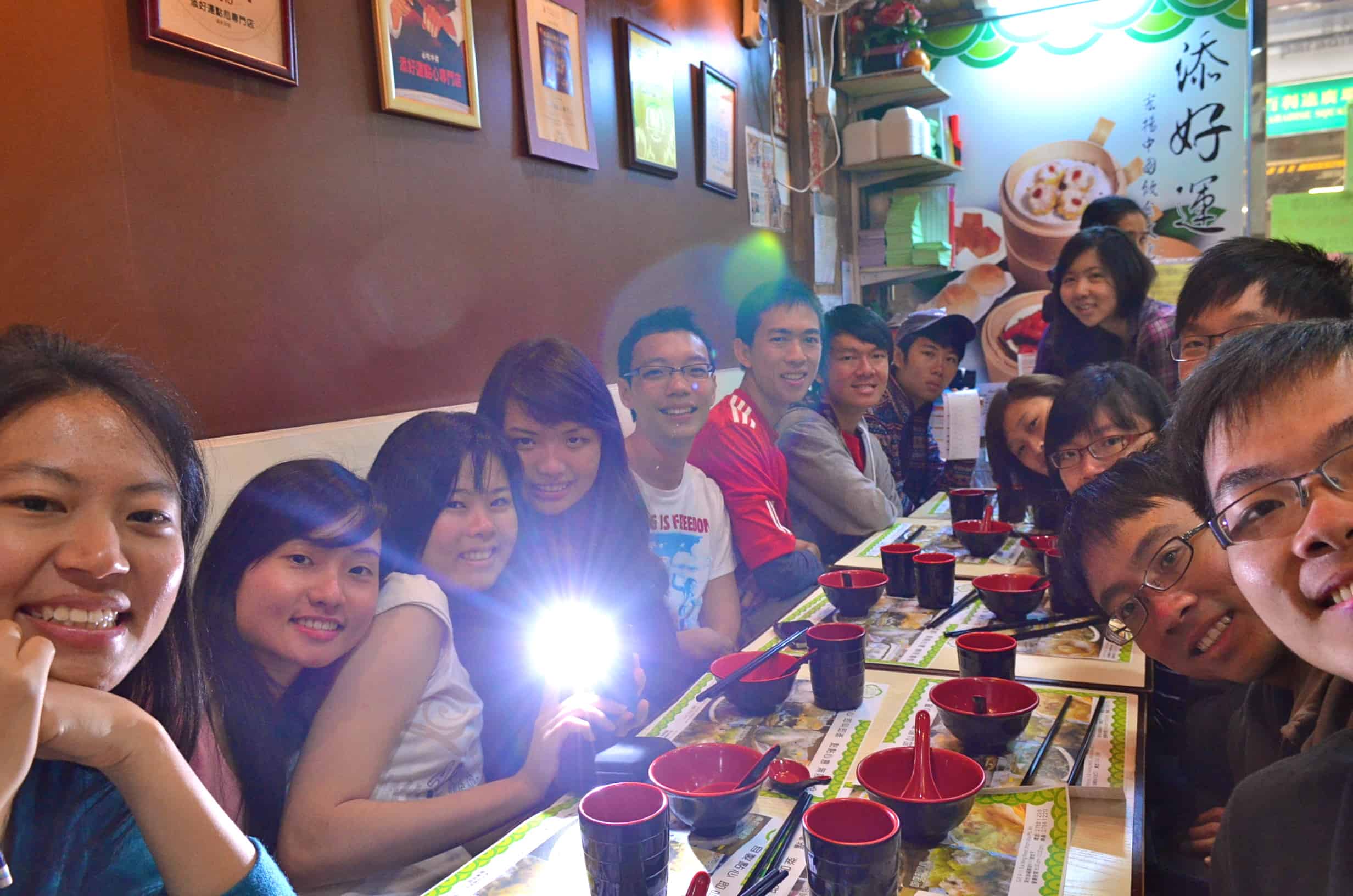 They appeared to have a steady buffer of food prepared. And it was not long before food appeared at the table. Starting with this fried char-siew bun. 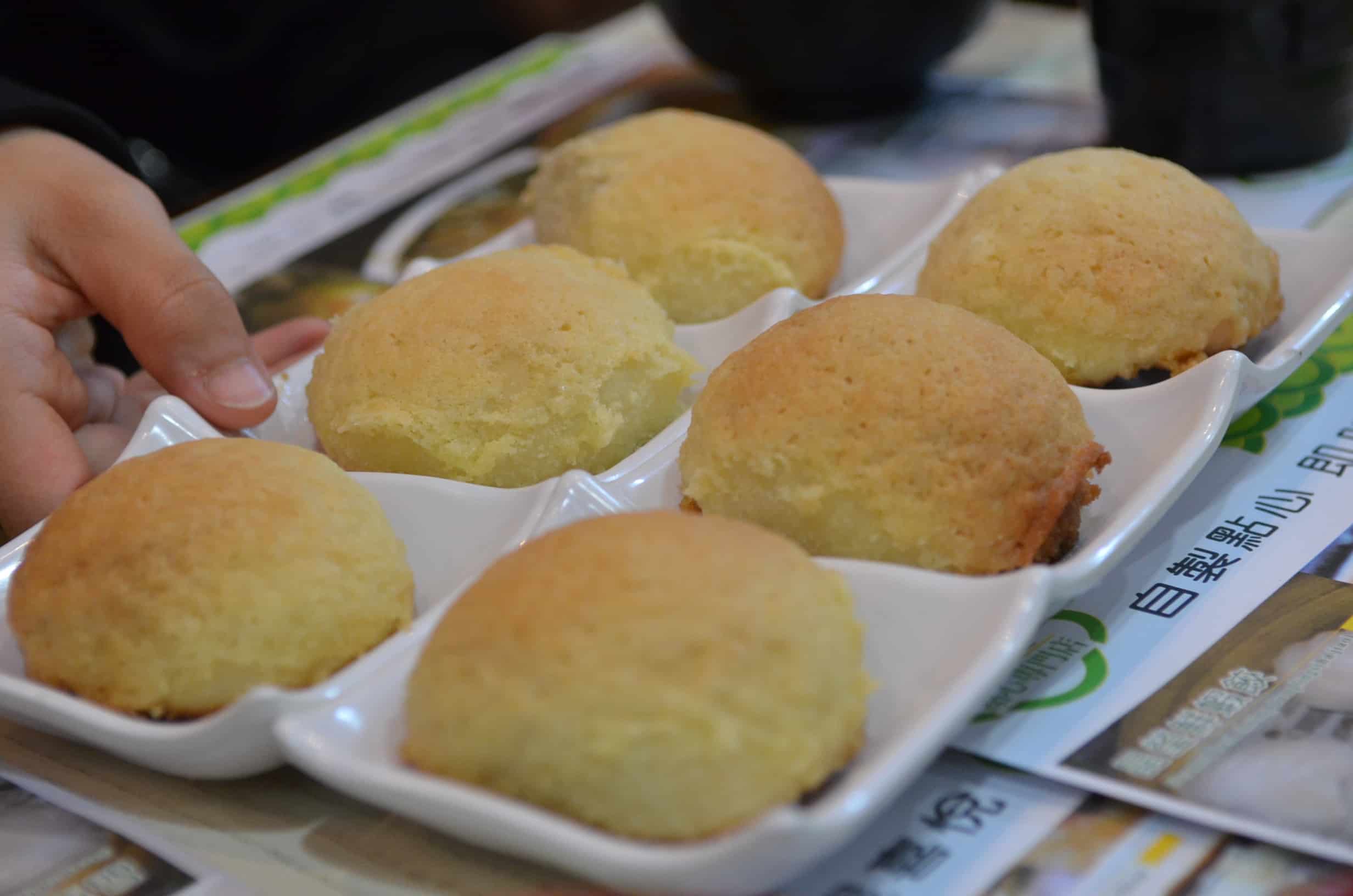 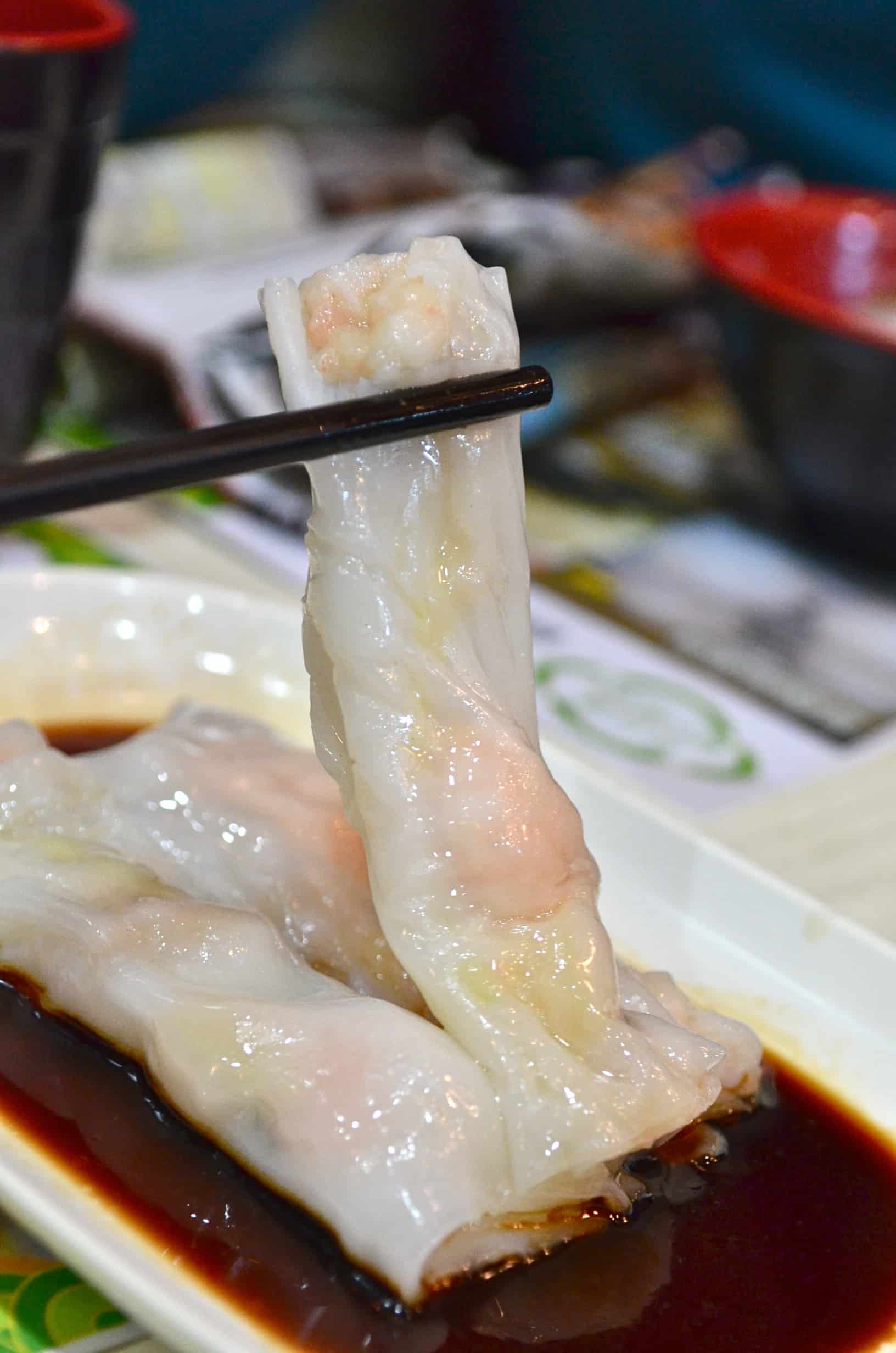 There was also the obligatory prawn cheong fun and har-gaos. Prawns were fresh but not the big juicy kind this eatvestigator has tried at other classier restaurants. To be honest, this eatvestigator would stop here to say that most of the food was pretty decent, and decently priced it was too. But it simply was not as spectacular as the books and other reviewers made it out to be. There are other eateries with affordable dim sum of similar quality as this place, but not at such range and wide fame. One just has to look harder. A place to try once but not more than that. 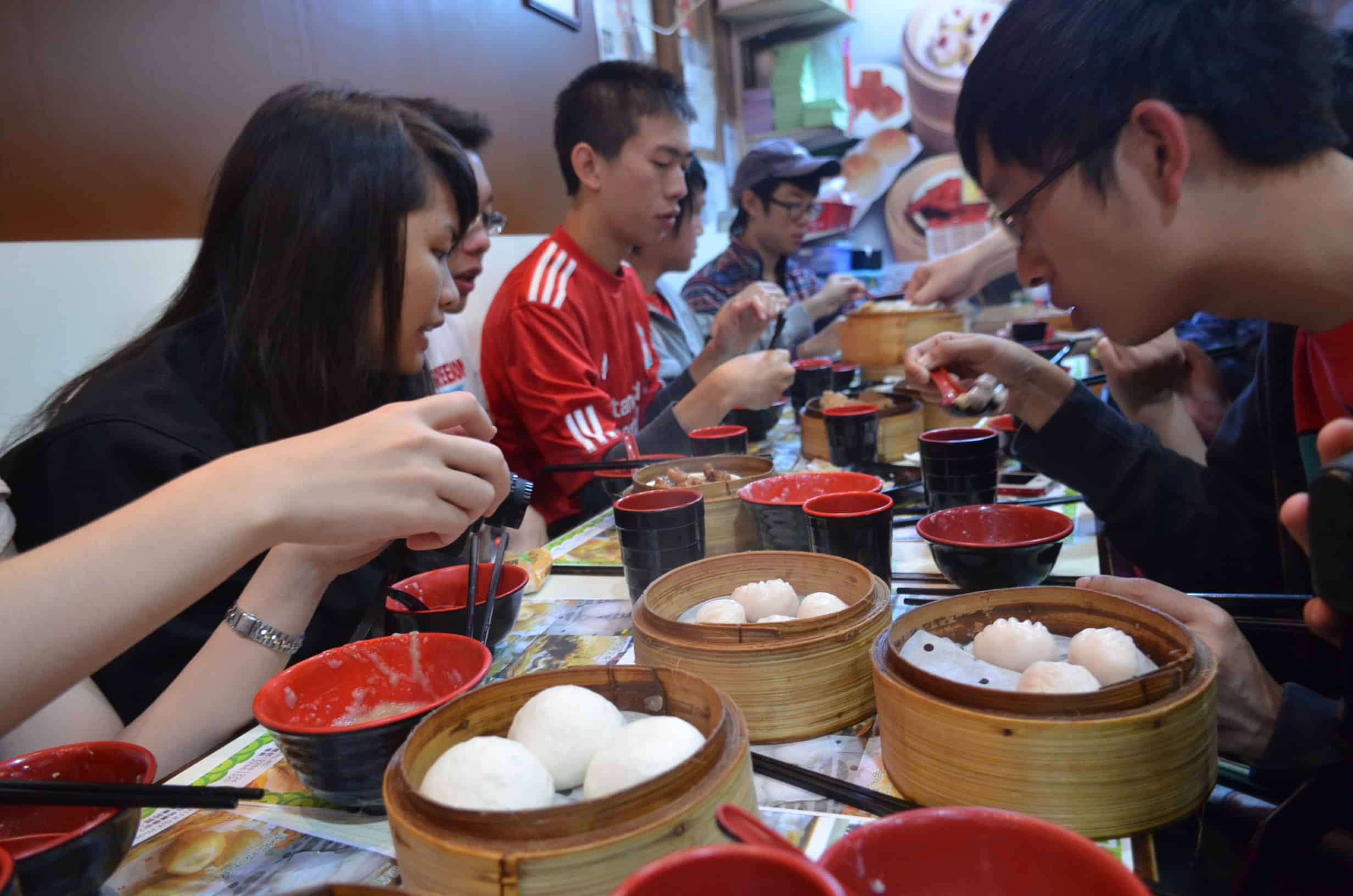