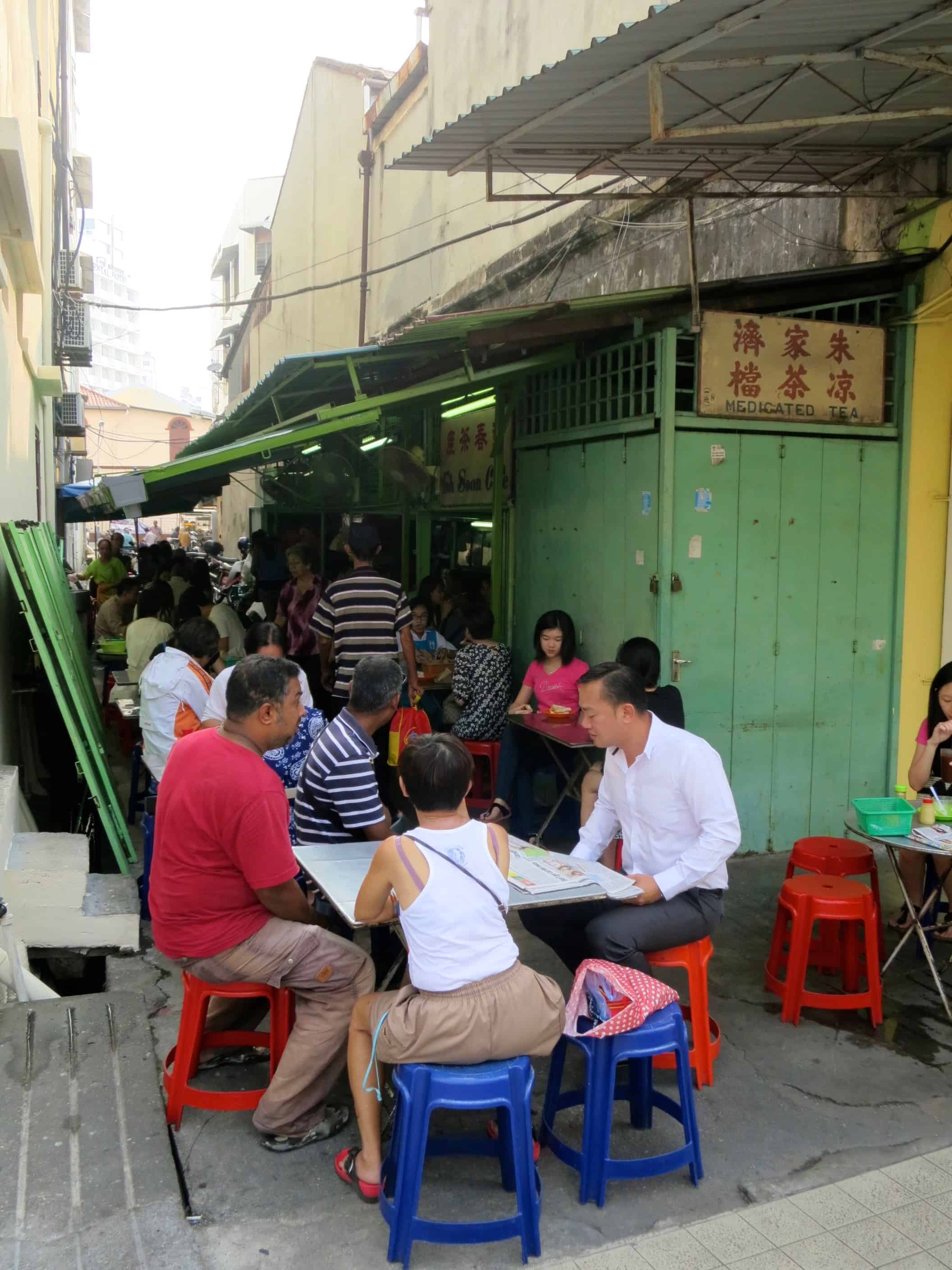 Coffee, eggs and kaya toast are the definitive breakfast classic in Malaysia & Singapore, ranking alongside nasi lemak. Here in this alley spot along Lebuh Campbell in Georgetown Penang, this classic alley dining eatery harking back to the 50s. This eatvestigator spent a good 10 minutes trying to find the lane. 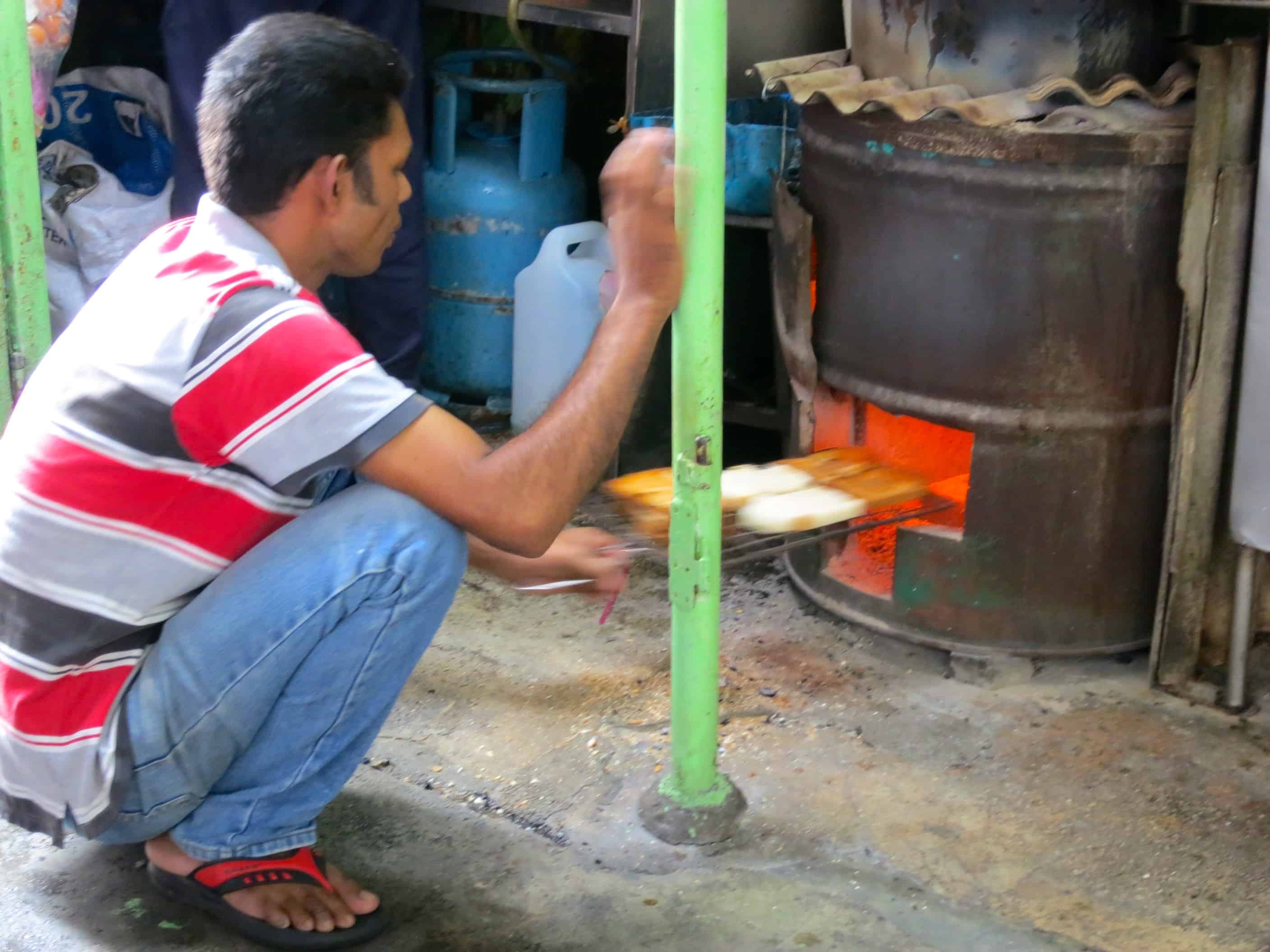 You know the ritual, it starts with the soft boiled eggs, dabbled with pepper and dark soy sauce. Stir those in and break up those yolks! 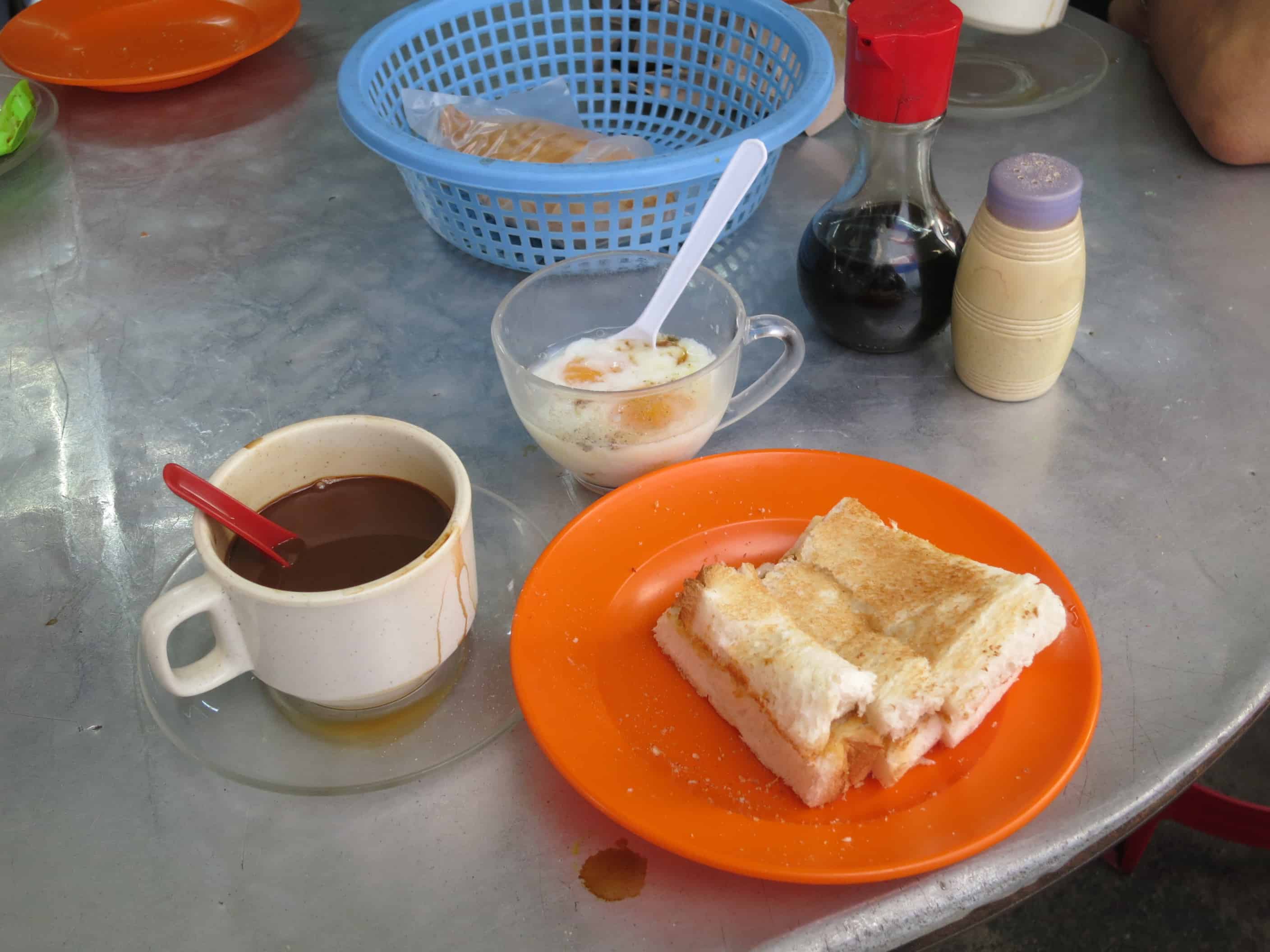 Toast is fired up over an old school oven, which gives that airy and crispy crunch that the eatvestigator likes of Vietnamese baguette. Smear them with kaya, and sandwich them with a handsome slice of butter!

Lastly, coffee with condensed milk. The total set barely costs RM4. On the sidelines, there are also nasi lemak and curry puffs being sold, but this eatvestigator wolfed them down before pictures could be taken. 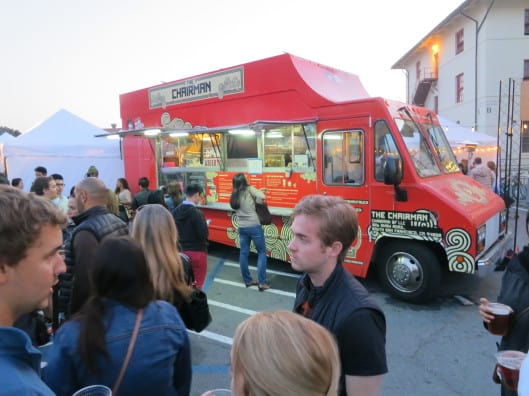 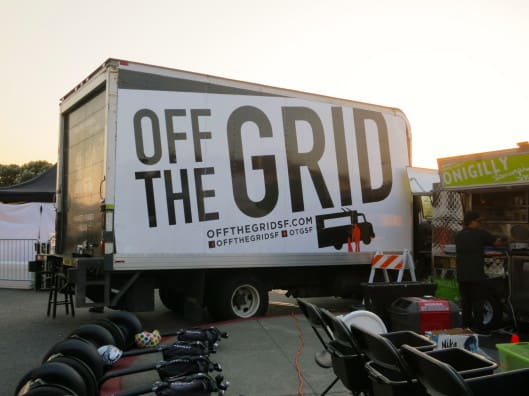 The story goes that this eatvestigator’s party were mere innocent tourists wandering around Fort Mason where we had stayed. We were then attacked by waves of steaming charcoal interacted with animal fats. That prompted a closer investigation which led to our discovery of this syndicated crime scene: Off The Grid. 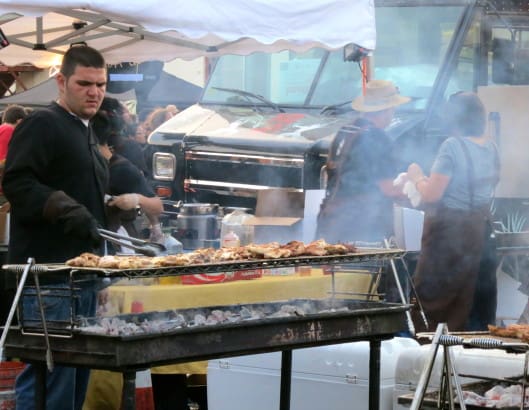 These guys organize a weekly gathering of food trucks, renowned and experimental sorts, who get to unleash their sensory overload upon us mere hungry mortals. If you are interested in the economics of food trucks, you may find this article of interest. Behold the formation of food trucks that awaited, alongside of live entertain as we drink and chow down the slaughter into the night. 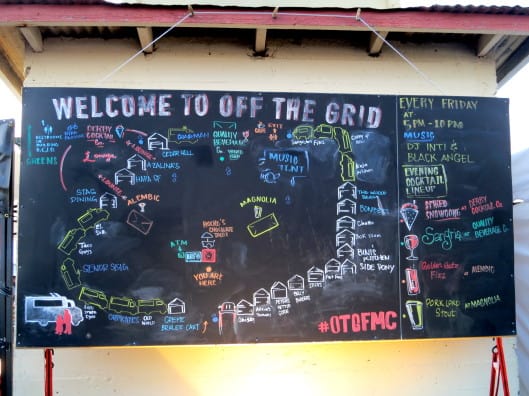 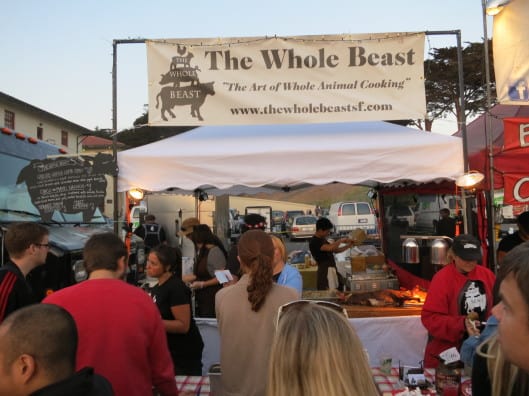 We were senselessly assaulted by the thugs like “The Chairman” whose long queues mercilessly tormented our bellies. Nor did we fare any better with “The Whole Beast” who held promise that we could chow down an entire animal. Closer examination of their menu revealed that such a prospect was unlikely. 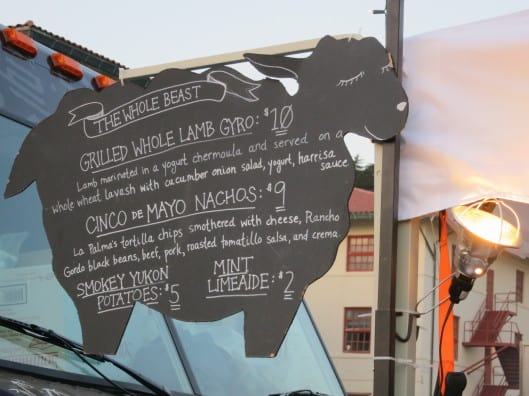 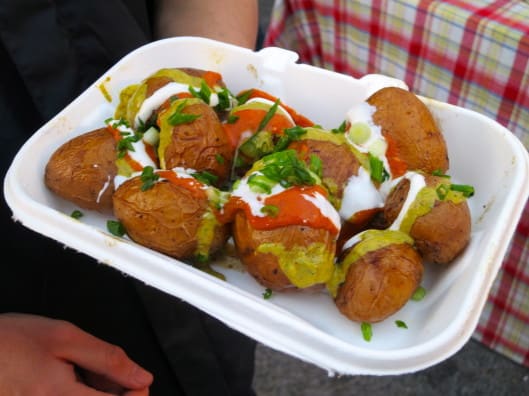 These wonder “Smokey Yukon Potatoes” quickly filled the void that had ensued from our earlier torment, thereby allowing us to slog down bite sizes of ”Cinco de Mayo Nachos”. 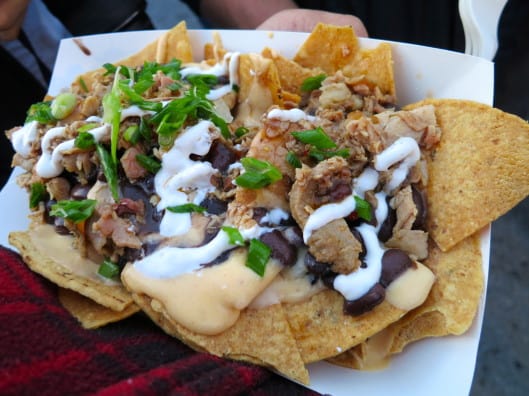 Behold, what do we find? Malaysian food, but hell no way is this cheapskate eatvestigator gonna ever pay $10 for laksa. Maybe in 20 years time… 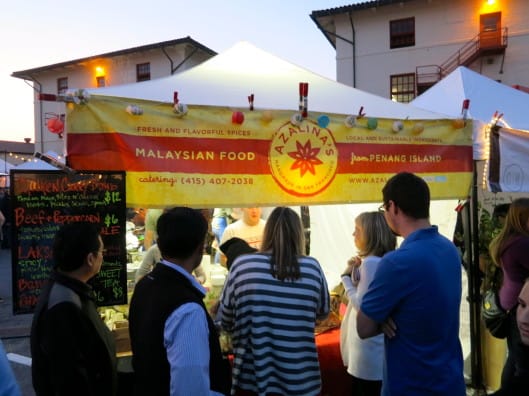 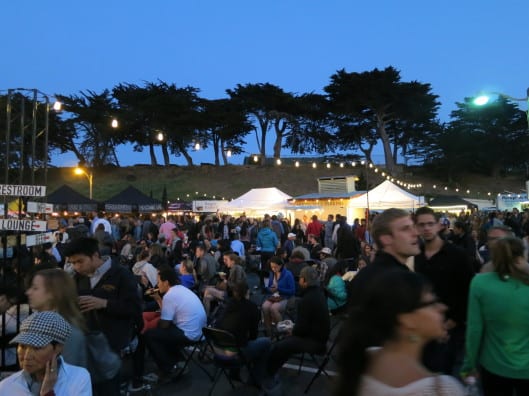 Live music quickly ensues and people chow leisurely on these assorted seats. The performance was pretty good, and the eatvestigator was able to work on a piece of beef ribs (USD4) from “Cedar Hill” tent. You will also be able to find a good racket of alcoholic drinks and desserts being peddled in the background. 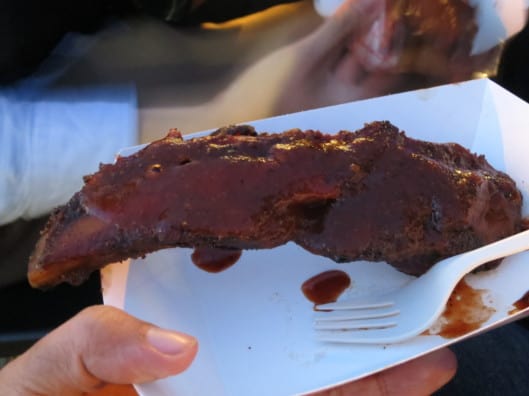 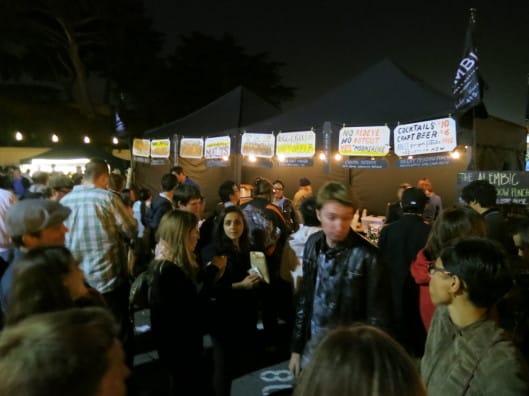 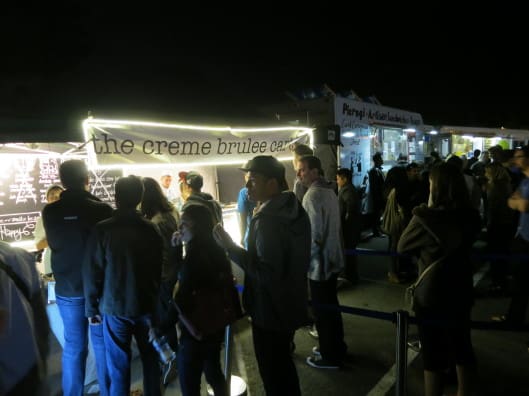 This eatvestigator was very pleased with this San Francisco take on organized street food. With a group of friends, it was possible to try a whole assortment of foods for under $20. Do pay this racket a visit if you are ever in the foggy city, you will be robbed smiling. 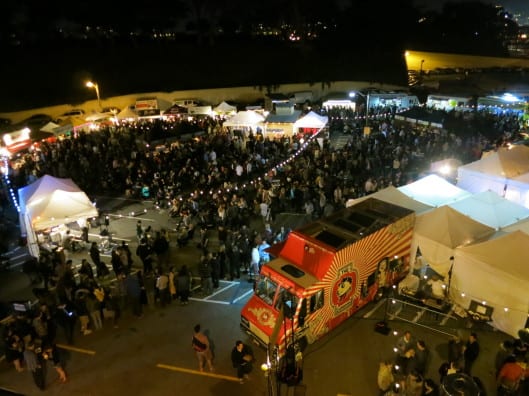